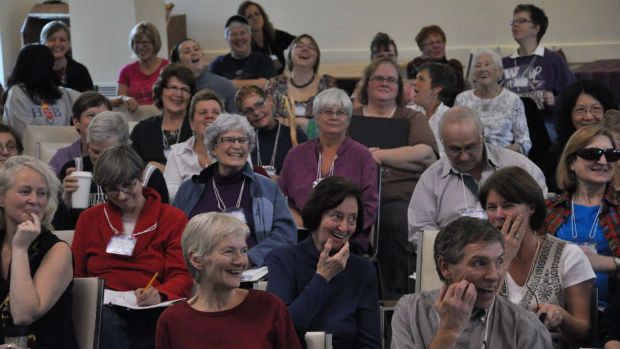 Everybody can sing but not everybody believes that. I certainly didn’t until I discovered Spirit’s Call Choir (now called Margaret’s Choir). I was ‘on assignment’ as Editor of a professional counseling journal for a feature on self-care programs when I happened upon the choir for people who believed (or were told) they could not sing.

Intimidated by ‘real singers’ I took a friend along to check out the brainwave of founder, Margaret Tobin. What we discovered was a welcoming, safe place to sing with a kind musical director. Imagine a community based choir with no auditions, no expectation that one has to know how to read music, no rigid attendance rules. Instead, imagine a fun, relaxed group of people who have grown from eleven members to 160, who sing for joy every Sunday afternoon.

For me, singing with Spirit’s Call Choir has been a magical adventure. Never in my wildest dreams did I think I would be on a CD, perform at Pantages, be on CBC Radio or even sing anywhere but the shower. —Heather Emberley, Alto

Besides singing to my tiny babies who seemed to approve of most everything their mother did, I only sang in the shower. 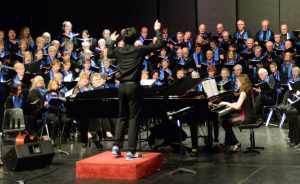 I am a grandmother and I feel thanks to this choir that I leave a legacy to my grandkids of taking risks, the power of community and the joy to be found in singing with and for others.

The power of song has proven to be healing and inspirational on many levels. The collective voices of Spirit’s Call Choir (now called Margaret’s Choir) also addresses giving back and social justice issues by performing twice yearly benefit concerts for local charities thus garnering the choir the Mayor’s Volunteer Service Award.