At the March 4, 2018 rehearsal Charmaine introduced us to Karel:

This is Karel, a contrabass flute from Holland. He came to Winnipeg around 2005 to join the Sweet Silver Flute Choir, the first Canadian flute choir to be invited to perform at the National Flute Association Convention. At the time Karel was the 8th contrabass in the world (if memory serves correct) and ALL were together at the convention – now there are many more. Karel belongs to Thomas and Nettie Rempel-Ong, and Charmaine is currently the ‘keeper’ of Karel and travels with him to different events – recently the ‘Big Fat Flute Shindig’ in Texas, and a few friends’ weddings in Toronto, as well as in Charmaine’s own flute orchestra. Next performance – April 14, 7pm, Grace Christian Church, as a fundraiser for Hands of Hope. More info at www.charmainebacon.com

Karel plays two octaves below ‘regular’ soprano flute, in the key of C, and could be considered as a cello or even upright bass in an orchestra. There are also piccolos, alto flutes, bass flutes, and EVEN bigger flutes out there – however, Karel is one of only three contras in Canada, and up until last year the biggest – we now have a sub-contrabass flute in Toronto in the Flute Street choir. Karel is planning a trip to Toronto in the fall to perform with the other contrabasses and sub-contra, as well as a DOUBLE-contrabass flute from Australia who will be visiting to take part in an all-low flute concert!”

In Charmaine’s own words:

“I’m lucky in that I’m friends with the owners and they’ve entrusted me with Karel, as they don’t play flute anymore – both the husband and wife were flutists in the flute choir Karel was bought for – I am hoping they will pick the flute up again in the future! Meanwhile their 4 year old needs to choose an instrument to play.. I have helped two other flute teachers learn how to play him for concerts – I actually had my first flute teacher learn how to play him last year so that I could conduct! But I’m the one who takes care of him and normally the one to play him.” 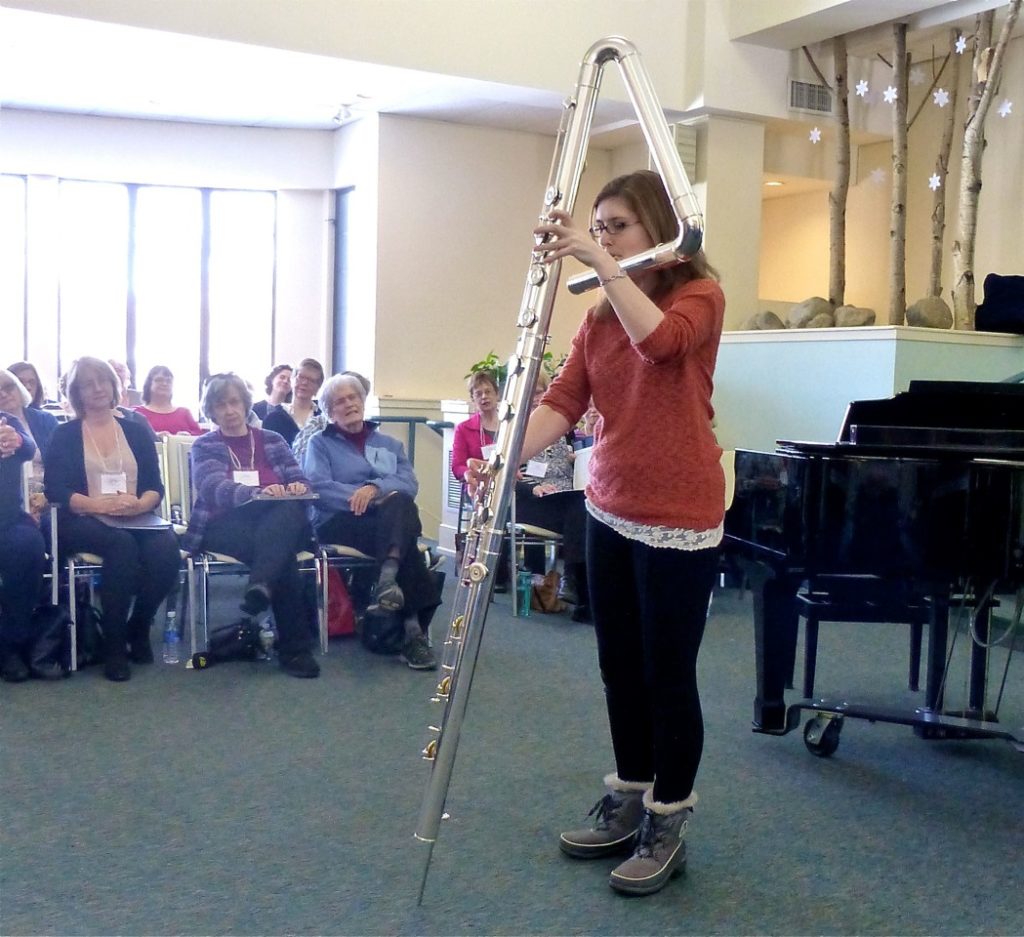